It was near the beginning of the Pennsylvania Game Commission’s reintroduction of fishers to the commonwealth. This second largest member of the weasel family had last been documented in Pennsylvania when it was trapped in 1921 at Holtwood, in Lancaster County. 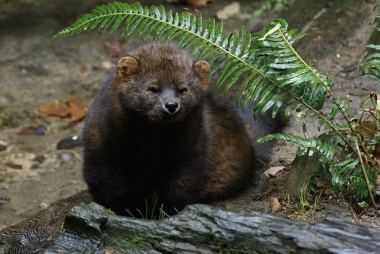 Denise Mitcheltree, then a graduate student at Penn State back in May of 1995, took me with her to the Quehanna Wild Area and the Sproul State Forest, where she was searching for the first radio-tagged fishers released in late 1994.

Mitcheltree was working under the tutelage of Dr. Tom Serfass, who had previously been the prime force behind the reintroduction of river otters to Pennsylvania. Both of them believed that weekly, long distance radio-monitoring without disturbing the fishers would allow them to learn more about their preferred habitat, dispersal, and prey species.

Most of the fisher research they were depending on had been done by scientists working in the largely coniferous and mixed deciduous forests of Maine and Michigan’s Upper Peninsula where remnant fisher populations remained after habitat loss and over-harvesting had extirpated them not only in Pennsylvania but farther south in the Appalachian Mountains. 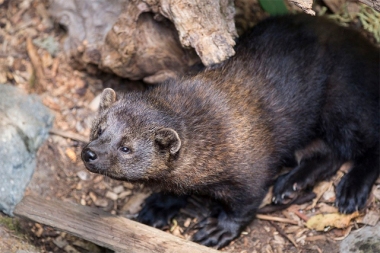 Fishers, Mitcheltree told me, were known to avoid water so the West Branch of the Susquehanna River was supposed to be a barrier for them, but already three fishers had crossed the river. Furthermore, since the scientific literature stated that fishers needed coniferous and mixed forest with a heavy canopy to provide better protection from winter weather, fisher releases were only to occur in Pennsylvania’s north woods.

Mitcheltree objected to information claiming fishers were ferocious animals. She insisted they were shy, secretive creatures that avoided any contact with humans, which was why she was surprised that some of the fishers she was following were moving through the back yards of the cabins and, in some cases, isolated occupied homes.

A lot has changed since then. Even its genus. Formerly, it was Martes, the same as that of the marten. But DNA studies in 2008 found that although both descended from a common ancestor, the fisher was distinct enough for its own genera Pekania, based on its alternate name pekan. Its species name remains pennanti for Thomas Pennant who called it a fisher back in 1771. 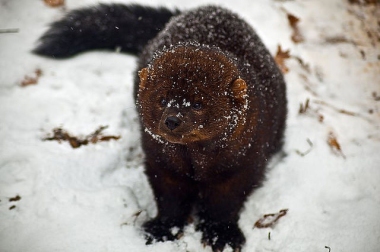 A fisher in the snow in West Virginia (Photo by Animal Diversity Web in Flickr, Creative Commons license)

This amazing animal has been doing spectacularly well here since it was reintroduced. As Dr. Jeff Larkin of Indiana University of Pennsylvania wrote to me in an email, “I think fishers are finally in the biome (deciduous forest) for which the species is best adapted…Once harvest regulations were in place [and] deciduous cover increased, and fishers were reintroduced into places like West Virginia, southern New York, and Pennsylvania, we quickly learned that the species thrive in such places…With really minimal reintroduction efforts… the species has established populations…It certainly is a testament to the species ability to thrive alongside humans in such landscapes…”

Larkin, his graduate students, and Matt Lovallo, Mammals Coordinator for the Pennsylvania Game Commission, have published three recent papers on fishers in Pennsylvania, and all of them reflect changing ideas about the lives of central Appalachian fishers.

The first paper studied the selection of rest sites by fishers in the eastern deciduous forest, specifically in south-central Pennsylvania in and around state game lands 26, Gallitzin State Forest, and adjacent private lands. They captured and radio-collared 23 fishers that used 79 resting structures. The most common (65%) were in live black cherry, American beech and sugar maple trees with broken tops or cavities. The second most used (17%) were in standing dead trees with cavities or broken tops. Finally, 14 percent utilized ground-level structures such as burrows, rock piles, and root balls. The forest surrounding the resting structures had floors of coarse woody debris and rocky ground cover, a complex canopy, and more diverse tree species. 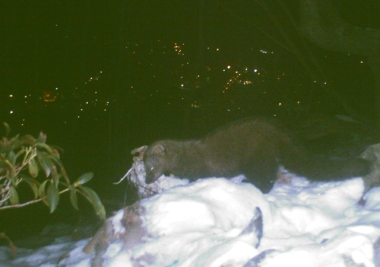 However, the rest sites were mostly in pure deciduous stands (74%), followed by 21 percent in mixed stands and none in coniferous stands. In selecting rest sites, canopy cover was not that important and they rested in stands with a wide range of canopy covers.

In conclusion, they wrote that “Maintaining resting habitat for fishers in the eastern deciduous forests can be accomplished through management practices that encourage structurally diverse forests, including retention of coarse woody debris and variation in tree size and condition.”

A second study in three distinct regions of Pennsylvania—northern (Allegheny), central (Quehanna), and southern (Blue Knob)—consisted of mostly deciduous forest and sought “to examine the influence of landscape characteristics on patch use by fishers in the predominately deciduous forests of the Appalachian Mountains in Pennsylvania,” according to their 2017 paper published in the Journal of Fish and Wildlife Management.

Surprisingly, they found that fishers used low-density residential areas and could tolerate some kinds of land development, especially if they harbored favorite prey such as squirrels and chipmunks and some forest cover. Few roads might also favor fisher use, but that was not as clear cut. So far, studies have not been done in heavily suburban areas in Pennsylvania, but research on GPS collared fishers by Roland Kays and Scott LaPoint near Albany, New York has found that fishers use small drainage culverts to cross highways and move from one fragmented forest habitat to another. One of their fishers hunted in larger patches of forests and then moved along narrow forested strips to get between patches. Rabbits and squirrels were their favorite foods.

A fisher they named Phineas crossed on/off ramps to hunt in the forest of a highway cloverleaf interchange. When Kays tracked him in the snow he discovered that Phineas dug in the snow after mice, ran up trees pursuing squirrels, and tunneled down into a cattail marsh after either rabbits or muskrats.

Other fishers they studied were similarly unfazed by development. One cut through the yards of subdivisions and spent the night in a pile of junk in the woods and another hunted in patches of woods between golf fairways. A female was able to survive in a kilometer of suburban forest and a male killed on an interstate in Schenectady had traveled over 205 miles in one month, crossing dozens of roads before leaving the countryside and returning to urban forests where he crossed his last road. Kays hypothesized that he was searching for his own territory.

Most, though, were in search of food. A third study by Larkin, Lovallo, and graduate students looked at the diet of central Appalachian fishers in 30 counties in Pennsylvania which showed how diverse the food of fishers can be.  From 2002 to 2014, they examined the stomachs of 91 road-killed, incidental trapper-killed, and legally harvested fishers using microscopic hair inspection and macroscopic examining of bones, teeth, claws and other hard parts. They discovered remains of deer (12), rabbits (11), porcupines (10), voles, woodrats, and mice (21), woodchucks (4), eastern gray squirrels (8), eastern chipmunks (3), red squirrels (3), coyotes (2), red foxes (3), raccoons (6) and opossums (8), as well as one each of ring-necked pheasant, black-capped chickadee, downy woodpecker, black rat snake, frog, and brown prionid beetle, and two bony fish. They also ate a variety of plant materials. Incidentally, there was no sign of domestic cats in their study nor in a separate study Kays did in New York State. Both Kays and Larkin believe that coyotes are the culprit cat killers.

The Larkin et al. food study’s most surprising discovery was that 11 “had fisher remains that were clearly the result of cannibalistic behavior,” which was their “most noteworthy and novel finding.” Because these fisher remains were collected between November and February, they were not eating newly-born fishers (they are born in late March and early April), but adult fishers. Since the timing coincided with fisher dispersal, they hypothesized that “perhaps the intraspecific predation we observed was the result of territorial disputes.”

Central Appalachian fishers are finding so much prey and so few predators that they are spreading quickly in areas where they disappeared from centuries ago, such as in New York City, where the first known fisher, since shortly after Manhattan was settled, was photographed in June of 2014.

Larkin hopes to study fishers in Pennsylvania’s heavily suburban areas soon, adding that “we are going to learn a lot about this species over the next ten years as it colonizes more of the eastern United States.”